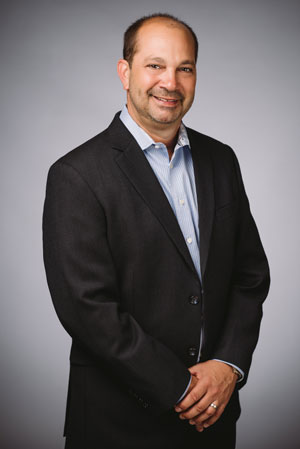 A mother commented about Jim Reiser:  “It’s like having Mr. Rogers teach your child to swim.  Only a parent could teach with that much love.”

A 3rd generation teacher and coach, Jim Reiser of Columbia, South Carolina USA began teaching in 1982.  As a teenager, Jim taught under the supervision of his father in Johnstown, Penn., ironically, just minutes away from the “Home of the original Tarzan,” ISHOF’s Johnny Weissmuller.

After teaching under his father’s supervision for eight years, Jim went off to get his college degree.  By his sophomore year, the ambitious undergrad was leasing the California University of Pennsylvania pool to run a swim lessons program that taught over 1400 children to swim from 1990-1993.  During this time, he also earned an undergraduate degree in Business Administration.  While his undergraduate degree in business would serve him well, Jim’s true passion was in teaching, coaching, and water safety.

Because of Jim’s outstanding swim program at the Pennsylvania College, graduate director Dr. John Spurgeon offered Jim a Teaching Assistantship in Aquatics and Physical Education at the University of South Carolina.  Jim gratefully accepted the honor and moved to Columbia, South Carolina to earn his master’s degree. 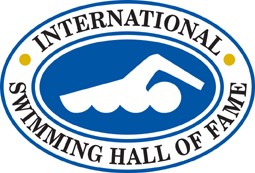 From 1993-1995, Jim studied at one of the most highly regarded Physical Education Departments in the country.  His advisors and mentors would afford him with the opportunity to apply all his research to skill acquisition and the development of young swimmers and athletes.  During this time Jim served as a graduate assistant to Dr. Richard Hohn where he would learn how to train, develop, and assess the effectiveness of the undergraduate physical education majors.  Jim also taught all of the undergraduate aquatic courses.  After earning his master’s degree in 1995, the department hired Jim to be its’ “Swim Professor” where he served as a faculty member until 2005.

While in graduate school, Jim also launched The Swim Lessons Company, and he began to design a template for training swimming instructors which would eventually become known as Swim Lessons University.  The Swim Lessons Company not only has four locations, Jim’s swim school has also been teaching nearly 2000 second graders every year since 2005 through a contract it reached with Richland School District One in Columbia, SC.

Jim says he will be forever grateful to people that went out of their way to give him words of encouragement and really inspired him to stay the course as a non-traditional venture like this hasn’t always been easy.  People like former USC Football Coach Lou Holtz and USC Basketball Coach Eddie Fogler both gave him words of inspiration and praised his teaching as I taught their grandchildren and children to swim.

In 1995, Jim wrote and produced his first video, Teaching Swimming Effectively as his master’s degree project.   A few years later, Steve Graves became another one of those people who had a profound impact on Jim’s career.  Steve, the founder of NSSA and a close friend of Virginia Hunt Newman, came across Jim’s video and was impressed.   Steve invited Jim to speak at the 1998 NSSA Conference in Orlando and their relationship developed from there.   “Steve Graves has been one of the most influential people in the direction that my career path has taken.  I will be forever grateful for Steve as both a mentor and friend.”

In 1999, Jim convinced a local banker to loan him $35,000 to produce “Home Swim School,” which eventually became what’s now known as “Swim 101,” a video-based certification course for teaching preschoolers to swim.  Some of the biggest names in swimming gave it rave reviews.  From the late, legendary Olympic Swimming Coach, Richard Quick to world-renowned coach and author Dr. Earnest Maglischo who wrote:

“Jim Reiser has produced some of the most interesting and innovative techniques I have ever witnessed.  His methods will cause children to look forward to their swimming lessons rather than fear them, because his methods stress fun as well as skill mastery, they will signal a lifelong love affair with the water for young swimmers.”

Jim’s creation of Swim Lessons University, now a world-renowned swim instructor training and certification agency has earned him respect from around the globe.  Swim Lessons University is the official Learn-to-Swim Program of the World Aquatic Babies and Children’s Congress.  Most recently, AAU Swimming (Amateur Athletic Union) has partnered with Swim Lessons University to train their coaches, and help AAU grow the sport through swimming lessons in traditionally undeserved communities.  SLU is also recognized by the American Camp Association (ACA) and USA Swimming’s “Make a Splash” program.  In the United States, SLU is now the Instructor Certification Training Program of choice by recreation departments, YMCAs, pool management companies, and swim schools in 41 states.  Swim Lessons University can also be found in 52 countries from the U.S. to New Zealand.

Jim Reiser has been honored over the years by several organizations.  He has been the recipient of the Adolph Kiefer “Water Safety Person of the Year” award by USA Swimming, the “Community Lifesaver Award” by the National Drowning Prevention Alliance, and the “President’s Award” by the World Aquatic Babies and Children’s Congress.

On receiving the Virginia Hunt Newman Award at the International Swimming Hall of Fame, Reiser says, “It’s such an honor to be mentioned along with the other recipients and it’s so humbling to receive an award named after Virginia, “The Mother of Infant Swimming.”  She pioneered and focused worldwide attention on the non-forceful, non-traumatic method of teaching infants and preschool-age children to swim, and I plan to continue to influence others the way she has influenced me.”

Jim is happily married to his wife Heather and they have three children, Jeb, Nolan, and Rex.